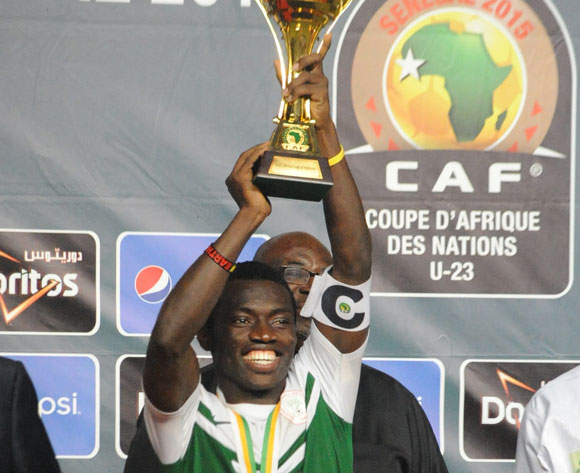 Nigeria U23 star Oghenekaro Etebo has been listed for CAF Most Promising Talent award for 2015 alongside his compatriot Azubuike Okechukwu.

Etebo is in pole position to win the award considering his performance with the U23s and Warri Wolves.

The Warri Wolves forward is a gifted player who has pace, good vision for goals and great ball passer.

His class has been recognised as several foreign clubs now wish to sign him after he emerged as top scorer at CAF U23 championship with five goals and made the competition's best XI.

The U23 captain Azubuike Okechukwu is also a strong contender for this award looking at his contribution to the team at CAF U23 championship.

A good ball winner and passer, he was named the MVP of the U23 AFCON and he is an important member of Turkish club Yeni Malatyaspor.

The Nigeria U23 stars will contend with Mali U20 goalkeeper Djigui Diarra, who was outstanding at FIFA U20 World Cup in New Zealand last year.