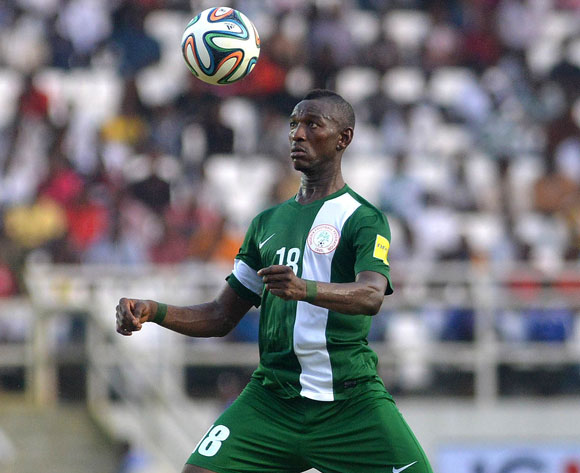 One of the players tipped to shine for Nigeria at the 2016 CHAN Paul Onobi has not suffered an injury, but was hauled off from a warm-up game against Angola because he is struggling to hit form, a team official has revealed.

Sunshine Stars midfielder Onobi, who made the headlines when he not only benched Chelsea star Mikel Obi in a 2018 World Cup qualifier against Swaziland, but posted a five-star display in the Eagles midfield, was replaced by coach Sunday Oliseh after just 35 minutes against Angola.

The match report posted on the NFF official website said Onobi picked up a knock.

However, it has now been disclosed the all-action midfielder, who is likened to former Manchester United star Paul Scholes, has not been at the top of his season in the Eagles training camp in Pretoria, South Africa, ahead of the CHAN in Rwanda.

“Onobi is not injured, he is struggling with his form and the coach is not happy with him. He risks losing his place in the first team,” disclosed a team official.

Onobi, Enyimba forward Ezekiel Bassey and Abia Warriors striker Chisom Chikatara are widely tipped to shine at the CHAN, which kicks off on Saturday, January 16, in Kigali.