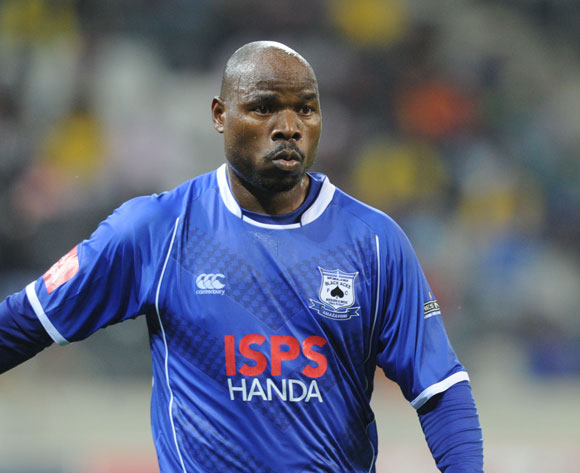 
Collins Mbesuma scored the only goal of the game from the penalty spot early in the second half to hand Aces their eighth win of the season.

The win sees Aces up to second on the log with 27 points, only behind league leaders Mamelodi Sundowns on goal difference following the Brazilians 0-0 draw against Kaizer Chiefs, also on Saturday night.

It was an extremely tight game with very few chances on goal as the defences of both Aces and Polokwane dominated matters on the night.

The first chance on goal came early on, in the seventh minute, when Bethuel Tukane fired wide from just outside the box.

In the 25th minute Tukane worked himself into some space once more, but again his shooting lacked directing and flew wide of the goal from distance.

Neither side was able to create any other clear cut chances before the half time whistle with the game locked at 0-0.

Aces started positively in the second half and won a penalty kick in the 51st minute after the referee adjudged Sibusiso Mbonani to have handled the ball inside the box.

Collins Mbesuma stepped up and converted from the spot to give Aces the lead, 1-0.

Polokwane tried to fight their way back into the game and came close to levelling matters in the 70th minute when Puleng Tlolane fired inches wide of the target from the edge of the box.

Eight minutes later substitute Thabo Nodada should have sealed victory for the home team, but the Aces man wasted a glorious goal scoring chance from 12-yards out.

Polokwane pushed hard to find an equaliser, but were unable to do so as Aces held on for the win.

The loss for Polokwane sees them placed 13th on the log with 12 points, only three points outside the relegation zone.