Angola go down in CHAN warm-up 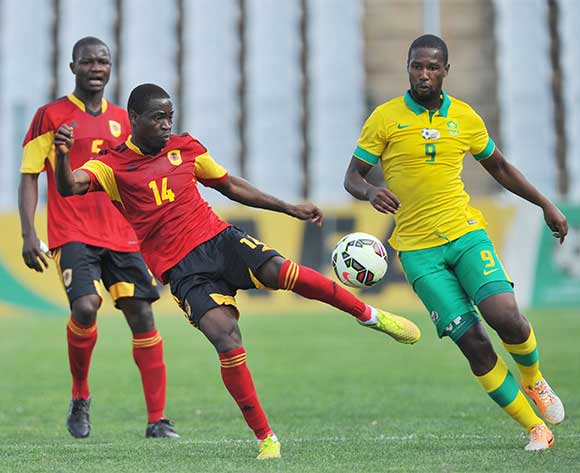 Nelson Sumbo Fonseca of Angola challenged by Bongani Ndulula of South Africa during the CHAN 2016 Qualifiers match between South Africa and Angola at the Rand Stadium in Johannesburg, South Africa on October 17, 2015 ©Samuel Shivambu/BackpagePix

Adriano put Angola in the lead when his shot beat goalkeeper Jacob Banda of Zesco United.

Zesco midfielder Cletus Chama equalised to score his maiden Zambia goal to see the two sides go into the break locked at 1-1.

Green Eagles midfielder Mwila Phiri handed Zambia the win with a goal in the second half.

Zambia will open their tournament with a Group D match against Zimbabwe in Gisenyi on January 19, while Angola’s first Group B clash is against Cameroon in Butare on January 17. CLICK HERE TO VISIT AFRICAN FOOTBALL ZAMBIA