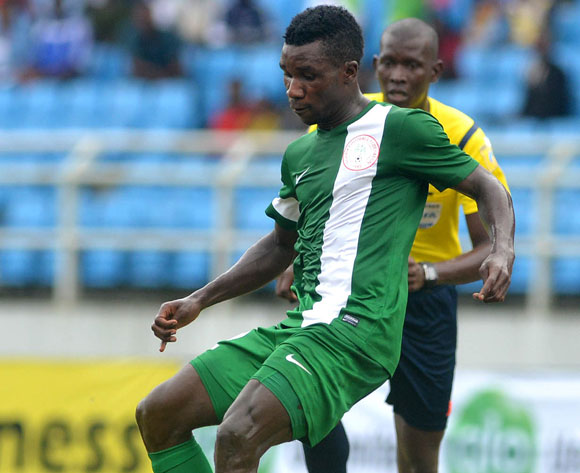 Ifeanyi Matthew was the biggest revelation at Nigeria’s training camp in South Africa and if he could extend such form at the 2016 CHAN in Rwanda, the country could well have unearthed the creative midfielder they have desperately longed for since the days of Austin ‘Jay Jay’ Okocha.

On Monday, he was not only the match winner in a warm-up win over Cote d’Ivoire, but also the standout performer as the Eagles finalise their preparations for the bi-ennial tournament, which begins in Kigali on Saturday.

Kano-born Matthew will celebrate his 19th birthday in Rwanda and he is also poised to mark his emergence as a full international in the country of a thousand hills.

“He has been one of the best players during our training camp. He has a great mentality and he is ever willing to work both in training and matches without any complaints,” praised former Nigeria and Ajax Amsterdam winger Tijjani Babangida, who is one of the officials with the Eagles in Pretoria.

“Should he continue working hard, there is no reason he will not establish himself in the main Eagles.”

The midfielder is versatile and so could play as a defensive or attacking player. He has great technique, a good passer of the ball armed with top-class vision and packs a good shot from distance.

He has already represented Nigeria at U17 and U20 levels.

However, a foot injury suffered in the Flying Eagles U20 World Cup game against Brazil will prematurely cut short a tournament where he was expected to emerge as one of the top stars.

Ifeanyi Matthew is not short of admirers.

Two years ago, Flying Eagles coach Manu Garba predicted the midfielder will be one of the players from his team who will go all the way to establish himself in the Super Eagles.

“Ifeanyi’s through ball is as good as half a goal, if not a goal,” remarked an impressed Yusuf.

The player has also interested several foreign clubs and back home in the Nigeria league, he has sparked off a big chase involving El Kanemi, Kano Pillars and Enugu Rangers ahead of the new season next month.

The CHAN is a big shop window for Ifeanyi Matthew to showcase his undoubted class and should he do just that, the gates could well be opened for a most cherished move to Europe.