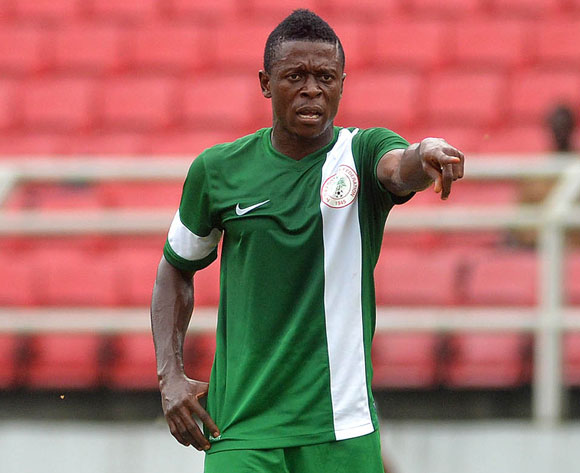 In the absence of suspended Austin Obaroakpo, Sunshine Stars defender Stephen Eze will play alongside Jamiu Alimi in the heart of the Super Eagles back four in CHAN clash against Niger on Monday.

Obaroakpo, who coach Sunday Oliseh has likened to ‘Gentle Giant’ Uche Okechukwu, will miss the Niger game after he was booked in both legs of the qualifier against Burkina Faso.

Eze has played in all the test matches leading up to this tournament and the delayed arrival of Lobi Stars defender Samson Gbadebo has further enhanced his chances of starting for the Eagles.

Skipper Chima Akas and Orji Kalu will keep their places at left and right fullbacks respectively with Sunshine goalkeeper Ikechukwu Ezenwa in goal.

The midfield will most likely have Paul Onobi, Bartholomew ‘Mosquito’ Ibenegbu, Ifeanyi Matthew with either Bature Yaro or Osas Okoro.

Nigeria U23 star Usman Mohammed has lost his place to the more experienced ‘Mosquito’.

Sunshine Stars striker Tunde Adeniji will lead the attack and he will most likely be partnered by Ezekiel Bassey from Enyimba.