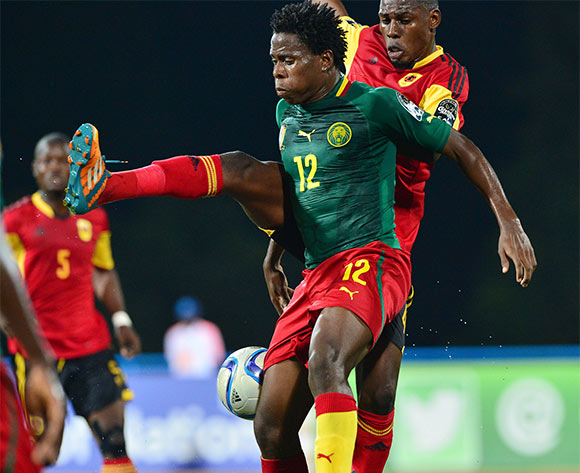 Samuel Nlend of Cameroon challenged by Fabricio of Angola

Cameroon will face Ethiopia in Butare on Thursday, in their 2016 African Nations Championship’s second Group B outing.

Joint top of the table with DR Congo after getting their Rwandan journey off to a winning start with a 1-0 victory over Angola, the Indomitable Lions will be looking to keep their momentum going and achieve their first objective of qualifying for the knockout stage.

But after being somehow lucky to escape with the three points against the Palancas Negras, playing the last 20 minutes of the match with 10 men, skipper Hugo Nyame and his teammates will have to raise their game against a wounded Ethiopian side.

The Walya Antelopes were thrashed 3-0 by DR Congo in their CHAN opener, and another defeat would mean the end of the road for the East African country.

The clash will kick off at Huye Stadium at 18h00 CAT on Thursday, with DR Congo to take on Angola in the other Group B fixture at 15h00 CAT.