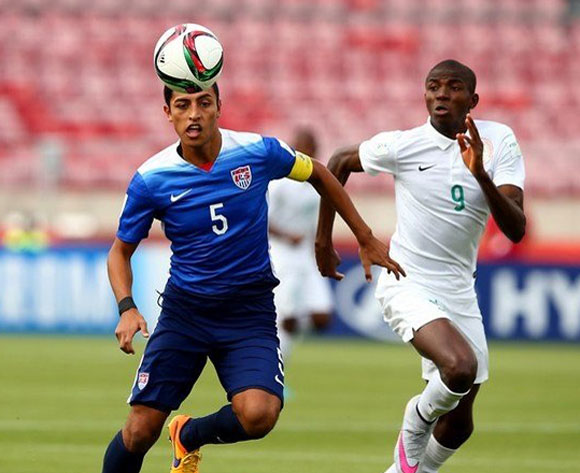 German Bundesliga club Wolfsburg have tabled a four and a half year deal worth about 3.5 million Euros for Victor Osimhen, it can be exclusively revealed.

Osimhen, 17, was top scorer at last year’s FIFA U17 World Cup in Chile and the Wolfsburg deal is expected to kick in when he turns 18 in December.

“The Wolfsburg deal for Osimhen is around 3.5 million Euros,” disclosed a top source who is involved in the transfer.

“It will be a four and a half year deal.”

Last month, Osimhen and his representatives visited the German club and a verbal agreement was reached.

They are due to return to Germany soon to sign the dotted lines.

Belgian club Anderlecht are the only other club who are known to have tabled an offer for the highly-rated young striker.