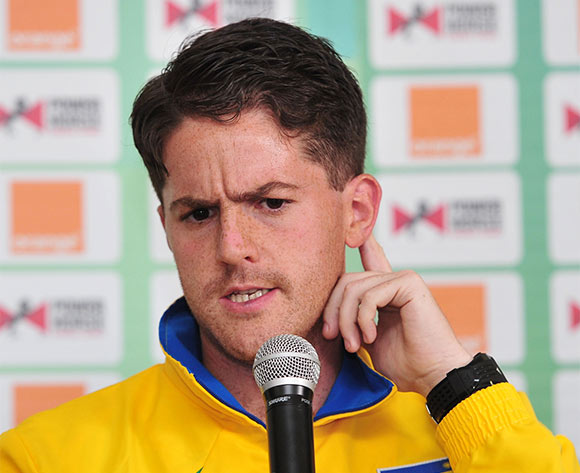 Youthful Rwanda head coach, Johnathan McKinstry, has said their target is to lead Group A in the on-going 2016 Africa Nations Championship (CHAN).

The hosts Rwanda became the first team to qualify for the quarter finals when they picked their second win in the competition on Wednesday. After stopping Ivory Coast 1-0 in the opening game, the Amavubi defeated Gabon 2-1.

But the 30-year old coach told AfricanFootball.com that qualifying for the last eight is not enough, but their target is to lead the group.

“It is good to keep the winning momentum and win the last group game against Morocco. It would also be nice to play our quarter final game at the Amahoro Stadium where we have played all our group matches,” added the Northern Ireland born coach.

Against a 10-man Gabon side Ernest Sugira netted a brace for Amavubi, while Aaaron Salem Boupendza pulled one back for the Gabon team.

Speaking about the performance of his team against Gabon, McKinstry said his boys had the right attitude for the match because they knew what was at stake.

“I told them to go all out and get that important win instead of playing the last group game to determine our destiny,” he explained.

McKinstry who also led Rwanda to second place finish in the 2015 regional Cecafa Senior Challenge Cup said that they are going to continue working hard as the tournament continues. “We are working hard to make the people of Rwanda happy and we really appreciate their support,” he added.