Rwanda players get US$4,000 for reaching CHAN quarters 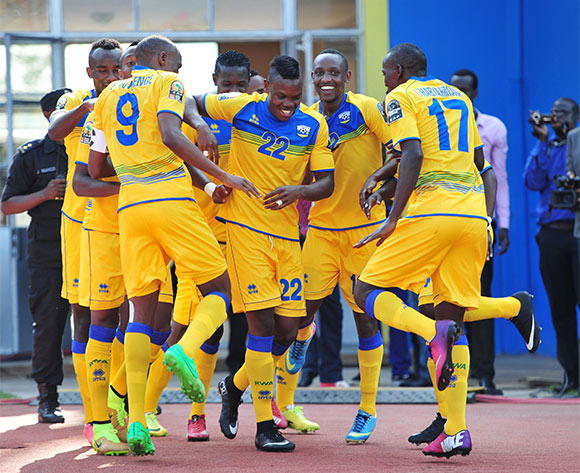 Emery Bayisenge of Rwanda celebrates his goal with teammates during the 2016 CHAN football match between Rwanda and Ivory Coast at the Amahoro Stadium in Kigali, Rwanda on 16 January 2016 ©Muzi Ntombela/BackpagePix

The government of Rwanda has rewarded the Rwanda team members US$4,000 each for qualifying for the quarter final stage at the on-going 2016 Africa Nations Championship (CHAN).

A source told AfricanFootball.com that the government promised to give each team members 3 million Rwanda Francs (US$3,500) if they qualified for the last eight.
The hosts beat Cote d’Ivoire 1-0 and followed that up with a 2-1 victory over Gabon in Group A matches.

“The government did not offer cash for each match, but made it clear that reaching the quarter, semis and final will all carry cash awards,” said the source who added that they will pick the money in their personal accounts when the tournament ends.

Vincent Nzamwita, the Rwanda Football Federation (Ferwafa) President also confirmed that that is money at stake for every knock out stage the team gets to.
"I cannot tell you how much now, but there is money for them for good performance,” he added.

Besides Rwanda, Ethiopia and Uganda are the other teams representing the Council for East and Central African Football Associations (Cecafa) region in the tournament.