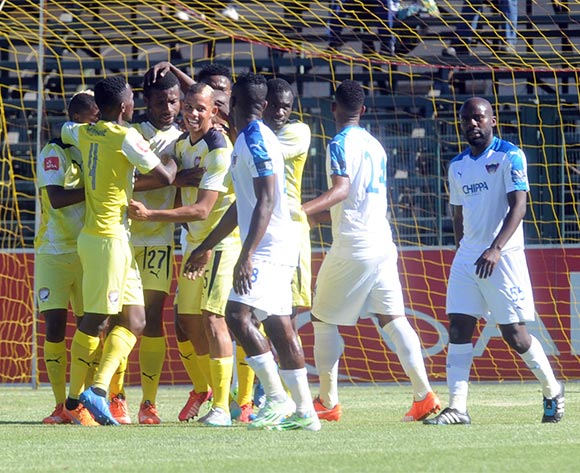 Ahead of their crucial Absa Premiership encounter on Saturday against Orlando Pirates, Jomo Cosmos midfielder Thabo Ralebakeng says they need to up their game.

Ezenkosi have not been convincing since their Premier Soccer league return having registered two wins, eight losses and four draws out of 14 league matches.

Coach Jomo Sono is aware that for them to survive relegation at the end of the season, they need to start winning their matches and the encounter against his former club grants them a chance to get their first win in 2016.

They already have two losses in the New Year against University of Pretoria as well as Ajax Cape Town but Ralebakeng believes the chat they had as players could yield results.

“I think we need a positive attitude as we move forward to the second round of the league, we can’t afford to drop points,” said Ralebakeng.

“It’s not going to be an easy match I must say because they’re favourites because we’re not doing well so far.

“We had a chat as players and we talked about our position on the log, we now have to start collecting points to improve things.

“Things aren’t looking good but we’re scoring goals and end up losing, I think we need to balance our attack and defending and that’s when we’ll get things right.

“However, we’re motivated by the match as Pirates is a big club, we’ll give it our best.

“We’re at home and that’s motivating for us, we will bounce back and move up the log – it starts on Saturday.”

Ezenkosi are placed at the 14th spot with 10 points in the bag and the match is scheduled to get underway at 18:00 at Olen Park Stadium.