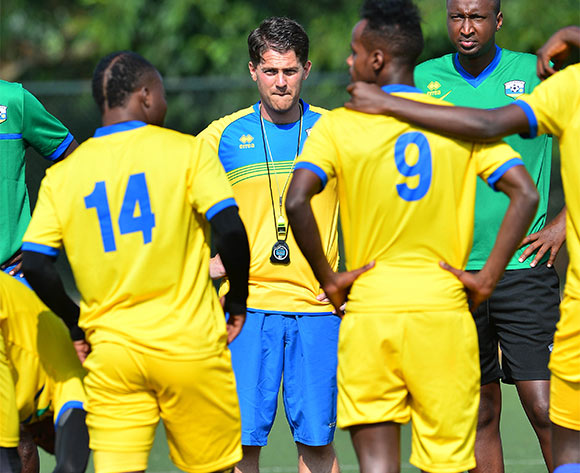 Johnathan McKinstry, coach of Rwanda during the Rwanda training session for the 2016 CHAN Rwanda in Kigali, Rwanda on 15 January 2016 ©Gavin Barker/BackpagePix

Rwanda coach Jonathan McKinstry has expressed disappointment at his team’s 4-1 loss to Morocco in their final Group A clash on Sunday at the 2016 African Nations Championship.

Amavubi still advanced to the quarterfinals as group winners despite the defeat, with their 1-0 win over fellow qualifiers Ivory Coast from earlier in the tournament ensuring they stayed top of the pile, but their coach was left unhappy with their poor performance.

McKinstry explained that he made many changes to his usual line-up in order to rest key men for the last eight.

"Obviously, we are disappointed with the result of the game but today was more than about winning the game,” said McKinstry.

“Yes you want to win but we have made eight changes in the game because coming into today, we obviously knew that we were guaranteed first place.

“It was about giving a bit of rest to some key players, making sure those on yellow cards did not pick up another yellow card and get suspended.

“But also to give an opportunity to some of the players who have been on the bench in the opening two games.”

McKinstry added, “I think today we have made some basic mistakes, we have to fix those.

Rwanda will face the runners-up of Group B (likely to be either Cameroon or DR Congo) in their quarterfinal in Kigali on Saturday.