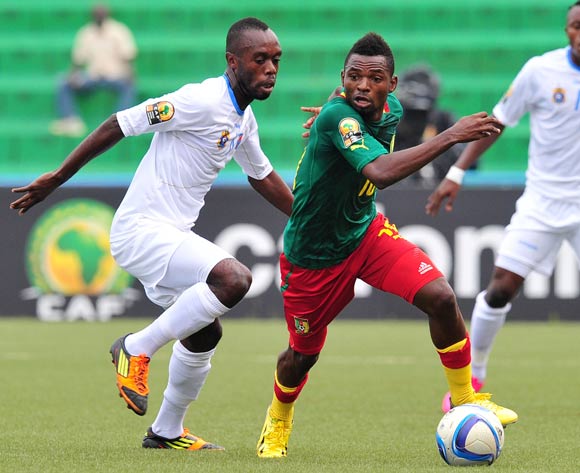 Cameroon will face Ivory Coast in the quarterfinals following a 3-1 win over the Democratic Republic of Congo at the Stade Huye in Butare on Monday.

The Indomitable Lions end as 2016 African Nations Championship Group B winners with seven points from their three matches - DRC will take on hosts Rwanda in the next round; Amavubi topped Group A.

Having already qualified for the knockout stages, DR Congo head coach Florent Ibenge made no fewer than nine changes to the side that beat Angola 4-2 last week, and it showed.

Cameroon dominated the first-half and should've opened the scoring in the first minute. Ngamaleu picked out Samuel Nlend who beat his marker, but failed in his attempt to find the back of the net, shooting wide with the goal at his mercy.

The breakthrough finally came on 40 minutes. Ngamaleu picked out man of the match Yazid Atouba in acres of space in the DRC penalty area and the Cameroon number 10 made no mistake; firing home with his left foot.

Ibenge worked his magic at the break - The Leopards emerged a different team from the tunnel and found the equaliser through Jean-Marc Mundele two minutes after the interval.

Mundele finding the back of the net following a neat little one-two on the edge of the area.

Cameroon though hit straight back, grabbing the lead once again in the 52nd minute through a stunning goal from Ngamaleu. Joseph Ngwem picked out the attacker with a gem of a cross, Ngamaleu doing the ball justice with an exquisite finish on the volley.

The killer blow followed in the 64th minute, Nlend with a sweet finish from close range after Ngamaleu missed a golden opportunity to complete his brace.

For all the promise DRC showed early in the second stanza, they were found wanting in the closing stages as Cameroon saw out the game with relative ease to leapfrog Ibenge's troops.