Chikatara out, Adeniji in as 'Calamity' Alimi returns 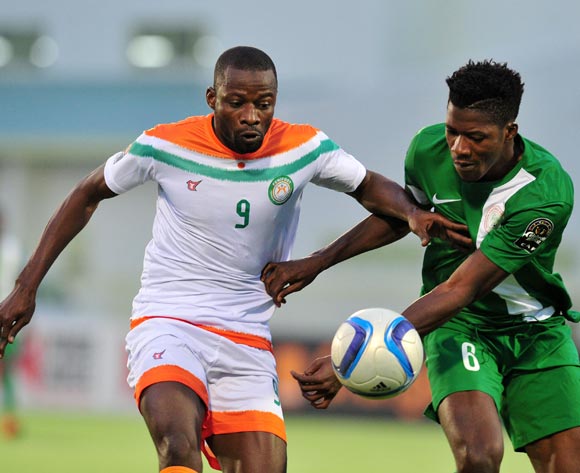 Kano Pillars ace Jamiu Alimi (right) in action for Eagles. He is now likely to be overlooked for the Algeria World Cup qualifier next month

Nigeria have dropped CHAN leading scorer Chisom Chikatara to the bench for the more physical Tunde Adeniji with Jamiu Alimi returning to the starting XI after a disastrous showing against Niger.

Chikatara has scored four goals thus far in Rwanda, but he has been battling a muscle complaint right from the team’s pre-tournament training camp in Pretoria, South Africa.

This has made him a major doubt for today’s clash against fellow West Africans Guinea.

But he has passed a late fitness test  and could still feature in this contest late on.

The other injury doubt leading up to this match, midfielder Usman Mohammed, will get his second start as the Eagles offensive midfielder.

The other change from the Tunisia match is Jamiu Alimi, who has been preferred to Orji Kalu to partner Austin Obaroakpo in the heart of the defence.

The Shooting Stars defender put every foot wrong and was booked before he was hauled off after just 16 minutes against Niger.