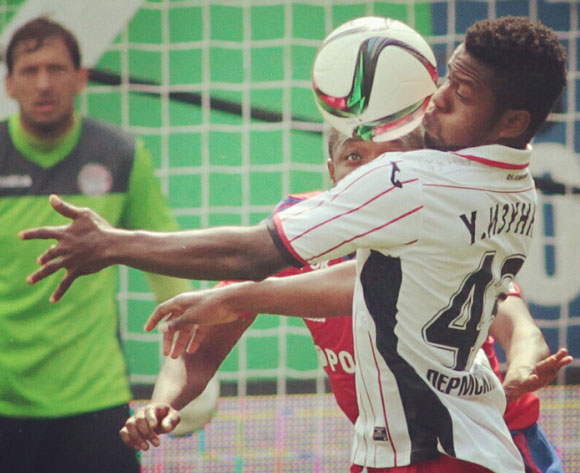 Uzochukwu in action in Russia

The ex-Midtjylland of Denmark forward has signed a-three-and-half-year deal with OB Odense.

"I left Amkar because of some financial reason and some football reasons,” he said.

“I was not happy with the way they do things there. I got good playing time with 11 games out of 18 games for the first round, in fact I should have played more games but for injury and national team duties. So I wasn't happy with the situation, it was better for me to leave.

"Happiness matters a lot while one makes the money. I love my job and I need an environment where I will be happy doing it. Imagine a situation whereby salary is not been paid as at when due, like two or three months of work no pay.

"They don't stick to the agreement signed so I needed to move."