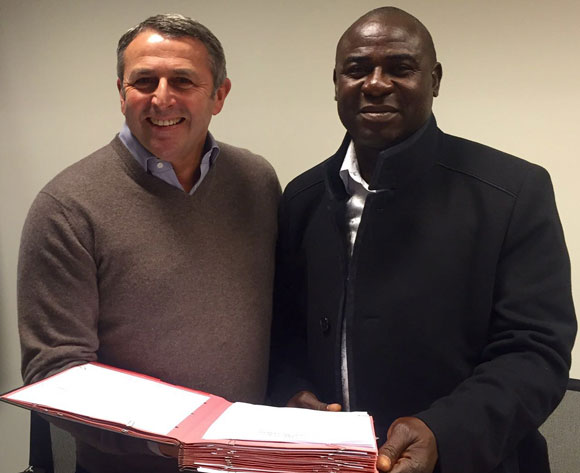 “The player, his father and his representatives are all delighted with this co-operation agreement, which is a legally binding agreement between all the parties and which will be migrated to a proper professional contract as soon as the player is of age,” disclosed one of Osimhen’s representatives, Ariyo Igbayilola.

"This is great for the continued development of Victor. It's the first step for him in Europe."

The co-operation agreement will include Osimhen training at Wolfsburg as well as other players from Ultimate Strikers Academy.

Osimhen made history when he set a new goals record of 10 goals at the FIFAU17 World cup in Chile in November.

He was also on the Nigeria squad who clinched the U23 AFCON in Senegal in December and qualified for this year’s Rio Olympics.