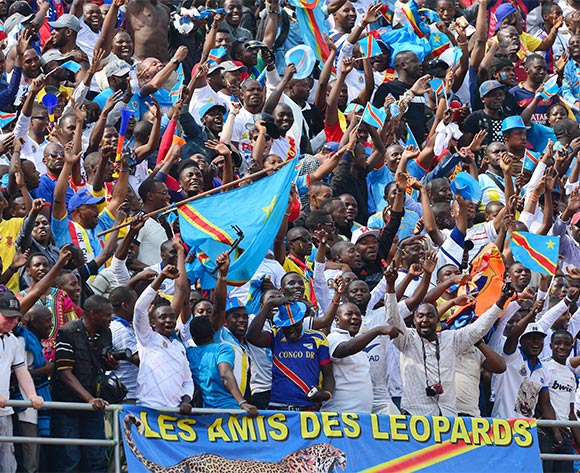 An extra-time goal from Padou Bompunga booked the Democratic Republic of Congo's place in the semifinals with a 2-1 win over 2016 African Nations Championship (CHAN) hosts Rwanda at the Amahoro Stadium in Kigali on Saturday.

The burly defender found the back of the net in the 23rd minute of extra-time to break Amavubi hearts.

Florent Ibenge's men started the game like a house on fire and took a deserved lead on 11 minutes through an absolute rocket by Doxa Gikanji. The ball fell favourably for the Leopards midfielder, who hit an unstoppable shot past the Rwanda goalkeeper who was left rooted to his spot.

Rwanda were finding it difficult to contain their neighbours and were lucky not to fall further behind nine minutes later. Jonathan Bolingi's instinctive shot had the keeper beaten, but not the post.

The Amavubi's best chance of the half fell to Innocent Habyarimana in the 37th minute. DRC defenders failed to clear their lines, but were bailed out by Ley Matampi, who made a spectacular save to send the Leopards into the tunnel with a 1-0 lead.

Whatever Johnathan McKinstry said at the break worked wonders and reaped its reward just short of the hour. Ernest Sugira produced a top class finish after being put through on goal by Jean-Claude Iranzi for his third goal of the tournament, sending the home crowd into delirium.

Sugira came close to winning it for the hosts in regulation time, but failed to hit the target after doing so well to lose his marker - his chip shot sailing inches over the crossbar.

With penalties looming and Rwanda tiring, the Leopards surged forward and found the winner through Bompunga. The DRC number four sending Rwanda packing, heading in from close range in the 113th minute.

The Leopards will face either Zambia or Guinea for a place in the final.