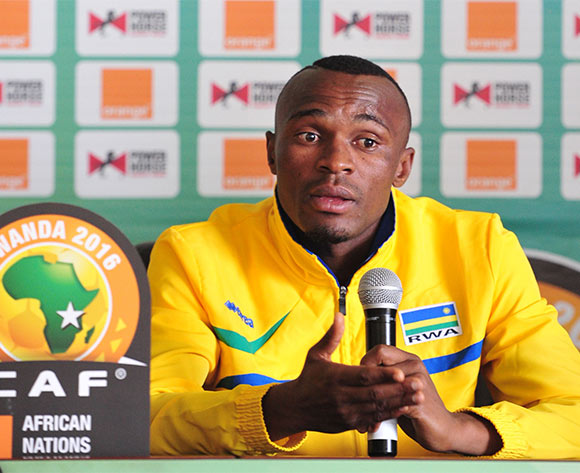 Jacques Tuyisenge of Rwanda during the 2016 CHAN Rwanda, Rwanda Press Conference at Amahoro Stadium, Kigali on the 15 January 2016 ©Muzi Ntombela/BackpagePix

Following their quarterfinal exit in the 2016 CAF African Championships, Rwanda skipper Jacques Tuyisenge has been unveiled as a new Gor Mahia player.

The Kenyan Premier League side has snapped up the Amavubi skipper on a two-year deal following a record signing of four million shillings ($40,000) to sign him from Police FC before end of the January transfer window.

The 24-year old was unveiled together with eight other new signings on Tuesday with the report revealing that he may feature in the club’s African Champions League preliminary round match against CNaps of Madagascar later this month.

EMENIKE WILL SHINE IN EPL SAYS

“It is exciting to have Tuyisenge in the team. His inclusion would help strengthen our striking force, and give us more options for the big task ahead," said Gor Mahia coach Frank Nuttal.

Meanwhile, apart from Tuyisenge, other newcomers include Kenyan internationals Jacob Keli, who joins Gor Mahia from Nkana FC of Zambia and Francis Kahata, who arrives from Albanian first division side, KF Tirana.