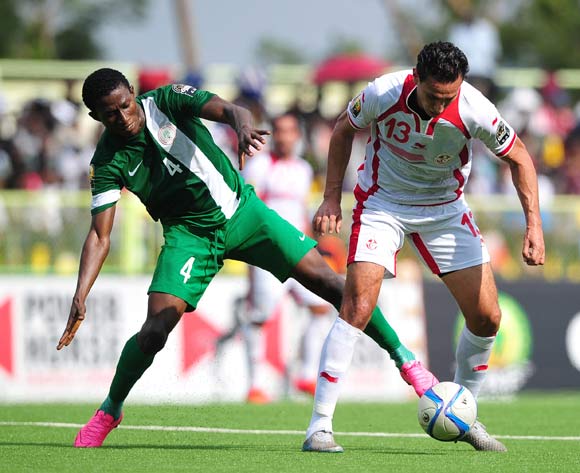 Midfielder Usman Mohammed is the third of three players AfricanFootball.com has picked to make a successful transition from Nigeria’s ‘B’ team to the Super Eagles after CHAN 2016.

The U23 international has already been capped by Nigeria at full international level in September, when the Eagles beat Niger 2-0 in a friendly in Port Harcourt.

The more experienced and older Bartholomew ‘Mosquito’ Ibenegbu was the first choice for this offensive midfield role after what he showed in pre-tournament training camp in Pretoria, South Africa.

However, ‘Mosquito’ failed to link up the midfield with the attack in the Eagles opening CHAN game against  Niger and Usman replaced him with 20 minutes left on the clock to do a far better job of what he was expected to do tactically.

The former FC Taraba skipper played one of his best games in national team colours when he started against Tunisia in the next group game and was only pulled out due to a groin injury he suffered late on in the game.

He linked up the midfield with the attack as well as delivered a handful of through balls for the striker and his wingers.

Such was his performance that Oliseh was ready to risk him in the final group game against Guinea.

He is technically sound, full of running and has a good shot.

His main rival in the Super Eagles will be Russia-based Sylvester Igbonu.

What this player needs is for the coach to give him more confidence and a decent run in the national team.