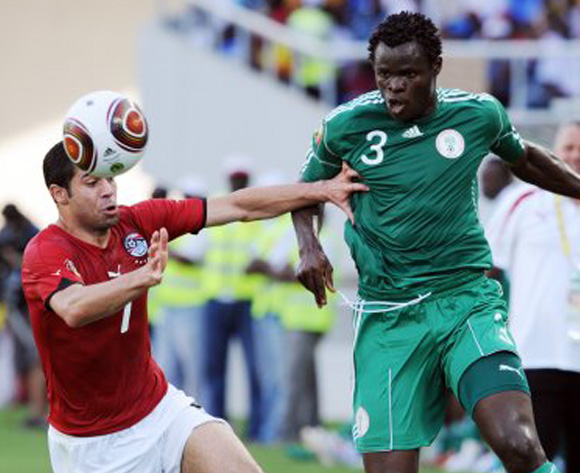 Officials of the Nigeria Football Federation (NFF) will Thursday inspect the Ahmadu Bello Stadium in Kaduna ahead of next month’s all-important AFCON 2017 qualifier against Egypt.

The Super Eagles take on the Pharaohs at the Ahmadu Bello Stadium, Kaduna on Wednesday, March 23 in one of the Day 3 matches of the Gabon 2017 Africa Cup of Nations qualification series.

The return leg will be played in Egypt five days later.

Nigeria are currently second on the Group G table with three points from two matches, having beaten Chad 2-0 also in Kaduna in June 2015 and drawn 0-0 with Tanzania in Dar es Salaam in September 2015.

Egypt remain top of the table with maximum six points, from beating Tanzania in Egypt and Chad away in N’Djamena.

NFF general secretary Mohammed Sanusi disclosed on Monday that the inspection visit will take place on Thursday, and that facilities to be inspected include the playing pitch of the Ahmadu Bello Stadium, dressing rooms, proposed training pitches, scoreboard, sanitary facilities, spectator stands and media facilities.

Sanusi will conduct the inspection alongside the director of facilities at the National Sports Commission, Shehu Ibrahim.

“We will inspect the facilities alongside officials of the Kaduna State Government and the Kaduna State Sports Ministry and Football Association. There is the need to put everything in top shape ahead of this big match,” he said.

“The NFF will interface with the Kaduna State Government on the areas that need to be improved upon. We will also jointly put in place a flawless medical and security plan for the match.”