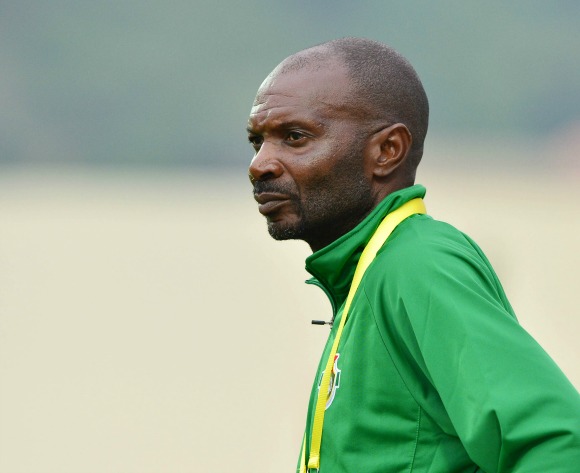 Despite their recent failure in the 2016 CAF African championships in Rwanda, Zimbabwe have retained coach Calisto Pasuwa.

The publication reports that the coach will be in charge of the Warriors side for the next two years with the contract renewable every year.

ZIFA president Philip Chiyangwa said the contract of the coach is a lengthy one, saying it will last forever as long as he’s the president of the association.

“The contract given to the coach is forever. I don’t look forward to Pasuwa leaving office as long as I am president,” said Chiyangwa.

“As long as I’m president, he will remain our coach we are all happy with the details of the contract.

“I have tasked our board member (technical), Edzai Kasinauyo to negotiate with Pasuwa’s manager and I am happy the moment we have been waiting for has come.”

In the report, it is also revealed that the coach will also receive a brand new Toyota D4D double cab vehicle from the association’s partner, Wicknell Chivayo.

Speaking after the announcement of his new contract, Pasuwa added that he’s trying his best to do well for the nation.

“I am trying my best to do well. As you know we have an assignment coming up next month and we need to play better so we can finish on a high note,” said Pasuwa.

“We had wanted all our best players but the last time I tried to call the overseas-based players like (Brendan) Galloway, we talked to their parents and they indicated that they are not available to pay for Zimbabwe.”

Pasuwa will now have to call on his experienced players such as Kaizer Chiefs midfielder Willard Katsande, Mamelodi Sundowns winger Khama Billiat and Knowledge Musona who is based in Belgium with KV Oostende.

The Zimbabweans are set to face Swaziland in their upcoming 2017 CAF African Cup of Nations Qualifiers clash.