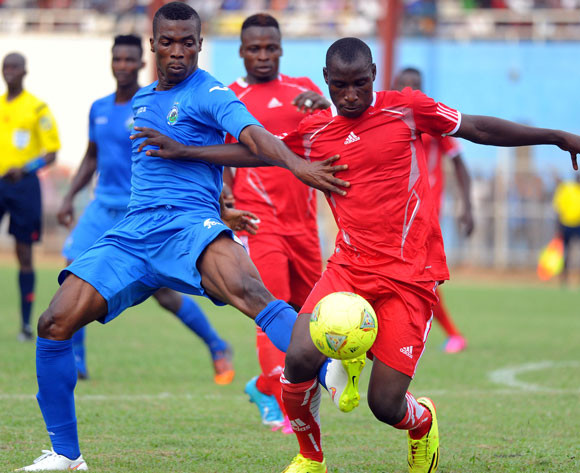 Nigeria champions Enyimba will begin their quest to win a third CAF Champions League Friday afternoon when they face hosts Vipers Sports Club at the Nakivubo Stadium in Kampala, Uganda.

However, they crashed out in the first round of the competition in 2014.

‘The People’s Elephant’ clinched a record seventh Nigeria league title in November after they topped the 20-team championship for almost half of the season.

Coach Paul Aigbogun, who guided Warri Wolves to finish as runners-up last season, has teamed up with the Aba outfit and so too several of the country’s top league stars like goalkeeper Theofilus Afelokhai from Kano Pillars and Kwara United midfielder Dare Ojo.

"With the level of preparation in camp, I will say we are battle for the task in Kampala,” he said.

"We will be gunning for victory and pray for favour from God. We just have to play our hearts out in the game."

“I am very excited to join Vipers SC, a lot is expected of me from today, but as a team we will attain the club’s goals,” the soft-spoken Nsimbe said.

The Uganda champions will be without star striker Farouk Miya, who has joined Belgian club Standard Liege, as well as first-choice goalkeeper Ismail Watenga and defender Shafiq Bakaki.

This will be the first time they will represent the country on the continent after they pulled out of the 2010 Champions League, citing financial constraints.