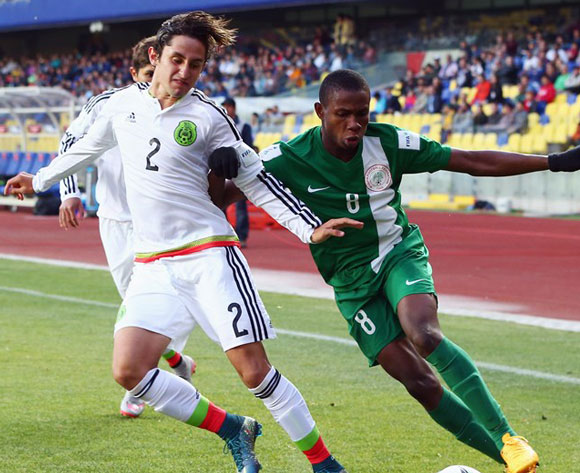 Samuel Chukwueze is set to soon join fellow Nigeria U17 star Kelechi Nwakali at EPL club Arsenal as he is now processing his entry visa to England.

The dashing forward is believed to have attended a visa interview in Abuja today in this respect.

Arsenal have agreed to sign Chukwueze and Nwakali from Diamond Academy of Umuahia.

But while Nwakali has since arrived London, Chukwueze is only sorting out his travel papers after a plan to ship him out to Red Bull Salzburg of Austria crashed.

“The boy’s trip to Austria to discuss with Red Bull was what has delayed his moving to England now,” said a top source.

The thinking then was that he stood a better chance at Red Bull than Arsenal, but he eventually turned his back on the Austrian club’s offer because it fell far short of expectations.

Chukwueze was the third highest scorer at last year’s FIFA U17 World Cup in Chile, which Nigeria won.