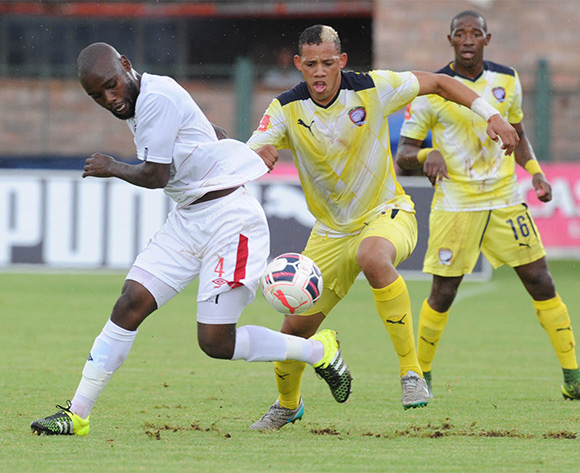 Jomo Cosmos scored a crucial win over Free State Stars thanks to Cheslyn Jampies’ second half goal in their Absa Premiership clash at Olen Park in Potchefstroom on Saturday afternoon.

It took until the 14th minute for the first real chance at goal. After several corners by Cosmos, finally Jampies fashioned a header on goal, which hit the ground and bounced up, but Diakite managed a strong one handed saved.

And just moments later, Cosmos’ Ivorian forward Brike Aka went down inside the 18 area under a challenge from two Stars defenders, but while Cosmos felt they should have had a penalty, the match official decided otherwise.

Free State Stars’ first proper scoring chance of the first half arrived after 35 minutes when Danny Venter struck a left footed shot towards the near post, but Sherwyn Naicker saved well.

Seven minutes into the second half and Cosmos went into the lead through Jampies’ free kick. He curled his attempt low and through a gap in the wall to beat Diakite at his near post. But Stars’ defence should never have allowed the ball through the wall.

Cosmos should have taken a 2-0 lead when Charlton Mashumba hit the cross bar from close range following an excellent cross, much to the disappointment of his coach Jomo Sono.

Moments later Stars got into a good position and forced an excellent low save by Naicker, who palmed away an effort at goal. And with ten minutes to go, Mashumba had another chance on goal but this time he missed the target.

Stars came close to a leveler in the 91st minute when Venter forced another good save by Naicker and as the ball rebounded into the path of Ayanda Nkosi, the midfielder could not react fast enough and fired straight at Naicker.