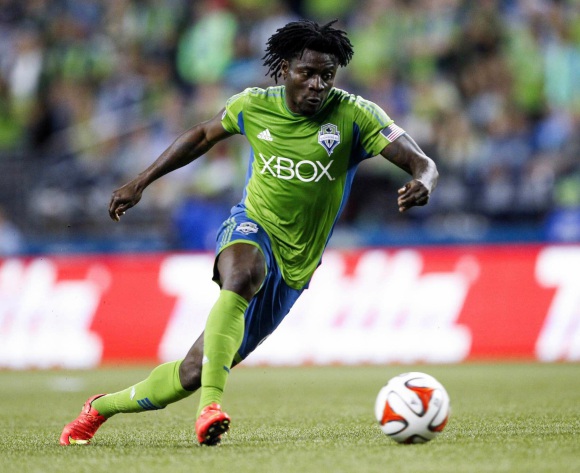 Obafemi Martins - On the move again

Nigeria striker Obafemi Martins has joined Chinese Super League side Shanghai Shenhua from Seattle Sounders from the Major Soccer League (MLS) in the United States of America, according to the BBC.

Both Seattle Sounders and Shanghai Shenhua are yet to announce the move.

Last season, Martins netted 15 goals for Seattle in the MLS.

Several top African stars like Asamoah Gyan of Ghana and Gervinho of Cote d’Ivoire have opted for lucrative offers in China.