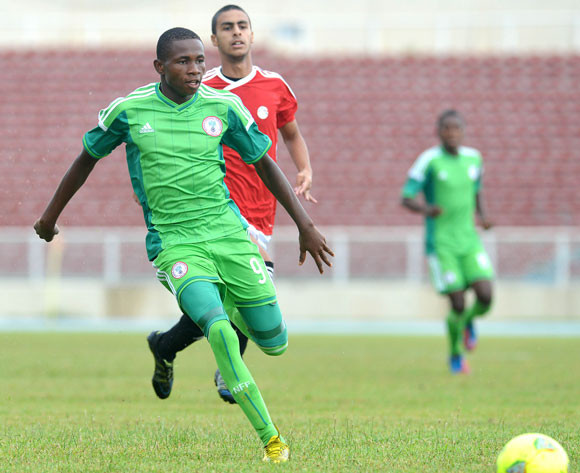 Nigeria U17 star Samuel Chukwueze has told AfricanFootball.com he is upbeat about his future at EPL club Arsenal as he jets out to London Monday night.

The FIFA U-17 World Cup Chile 2015 adidas Bronze Ball winner is expected to jet out to London aboard British Airways to sort out his future at Arsenal.

The 16-year-old forward was issued his British entry visa last week and he will be accompanied on the trip by his mum, Mrs. Chinyere Serah Chukwueze.

He will team up with his compatriot Kelechi Nwakali who earlier left for London a fortnight ago.

Both players will have to wait until their 18th birthday to be handed professional contracts at Arsenal, but are expected to sign long-term deals with the club imminently.

"My trip to London is on Monday night," Chukwueze told AfricanFootball.com

"I'm happy that everything is going well and I will do my best when I get there by the grace of God."

The lad had earlier hinted about the prospect of joining the English Premiership side: "Arsenal as you well know are a very good club and it will be good for my career since I will be able to learn many new things.

"I like Arsenal because they are a club who give young players the opportunity to showcase their talents and I believe I would be given the chance to play too."