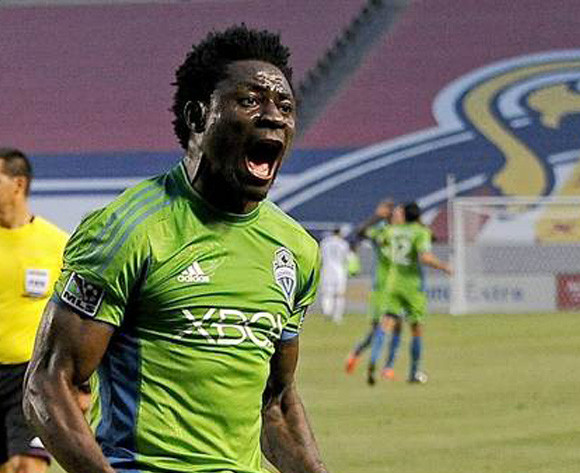 Obafemi Martins was star striker of Seattle Sounders in the MLS

Nigeria striker Obafemi Martins is waiting for an entry visa to China to complete his move to Chinese Super League club Shanghai Shenhua.

A source close to the 31-year-old Martins disclosed: “Martins is only waiting for his visa to fly out to China.

“It’s a done deal and he is very excited about it.”

Both Major League Soccer (MLS) side Seattle Sounders and Shanghai Shenhua have yet to announce the transfer, but that will done this week.

Martins is one of Nigeria’s most traveled stars having played in England, Italy, Germany, Russia, Spain and most recently the United States of America.