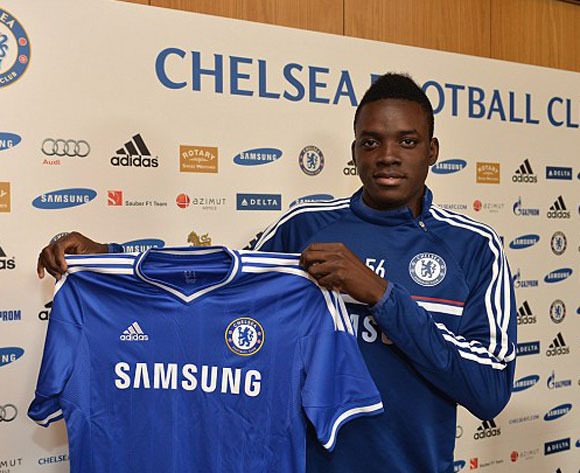 Chelsea boss Guus Hiddink has revealed Burkina Faso star Bertrand Traore rejected a loan move so as to fight for his place at the English Premier League side.

"He was desperate to stay (at Chelsea). We were thinking about sending him on loan, yes or no. We talked about that but he would love to be with us for the rest of the season and he has made progress," said the Chelsea boss.

The young striker has since taken his chance after he scored in a 5-1 win over Newcastle last weekend, and Hiddink was delighted with the youngster's progress.

"Although he’s not playing, his character is very optimistic, He’s always coming in with a smile, whether he’s playing or not," Hiddink said.

"When a player comes into the Premier League, saying ‘I don’t want to go on loan, I want to make my progress here’, and when they get their first goal – and it was a beautiful goal, a typical striker’s goal which I like very much – it was a tremendous joy for him.”