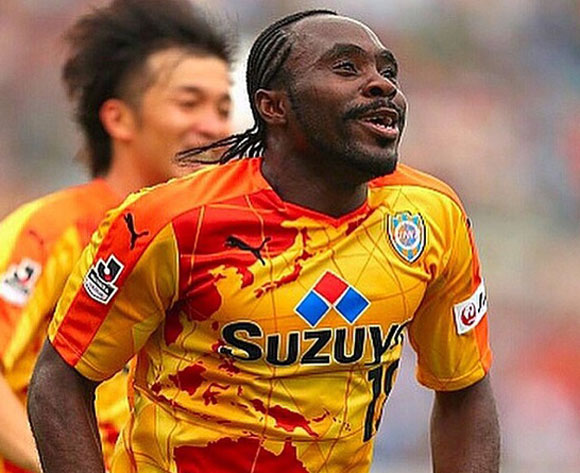 Sanfrecce Hiroshima striker Peter Utaka has told AfricanFootball.com he is delighted he contributed a goal for his new club to win his first trophy in Japan.

The club are 30 million Yen richer for lifting the Super Cup.

The former OB Odense hitman came off the bench to seal a 3-1 win over Gamba Osaka to clinch the Super Cup.

Utaka sealed the victory in the 73rd minute with the third goal.

"I am delighted to score one of the goals to win the Super Cup, my first trophy here. I need to quickly build my confidence with the fans,” a happy Utaka told AfricanFootball.com

“I am ready to score many more goals for the team whenever I am on the pitch, I am confident and ready for that.

“I have a lot of respect for Gamba Osaka, they are very technical and agile, I think we tried to respect them initially.

“It was a sweet and fresh victory for the fans, the team and myself.”

He added: “We’re ready for the season, though it’s beyond winning just a game but the atmosphere is very conducive. We can retain the league title, I am very lucky and proud of the team.”

“I always want to play for good teams with bunch of technically good players, it helps my game and that’s what happened when I came in to score my goal against Gamba, but the battle has just begun.” Utaka said.