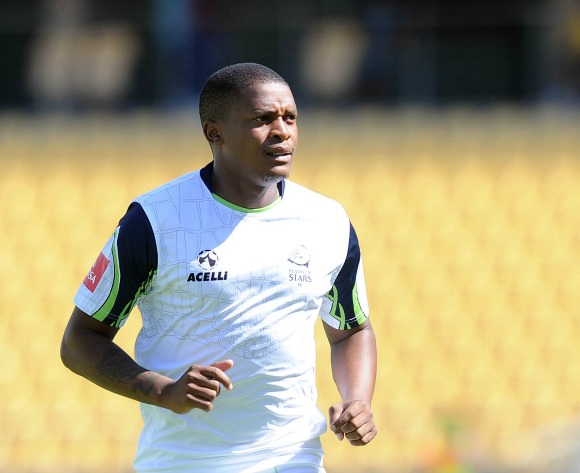 Mduduzi Nyanda scored the only goal of the match as Platinum Stars defeated Jomo Cosmos in the Absa Premiership at Moruleng Stadium on Sunday.

The result sees Dikwena extend their unbeaten run to six matches, while Ezenkosi have now lost eight successive away league matches. The teams remain in their respective log positions of fifth and 14th.

Stars claimed the lead in the ninth minute with their first notable attack: Solomon Mathe set up Mduduzi Nyanda, who beat Sherwyn Naicker with a right-footed effort to put the home side into the ascendancy.

Cosmos looked for a quick reply through Charlton Mashumba, who had a couple of shots on target within the next 10 minutes, but on both occasions Stars goalkeeper Mbongeni Mzimela was well placed to make a save.

The remainder of the half saw the teams effectively cancel each other out, with few chances at either end to alter the score line. The start of the second half brought a change from each side, with Stars bringing on Robert Ng’ambi to give them more fluency in attack, while Cosmos introduced Conrad Madolo for similar reasons.

The visitors had the first chances of the second stanza, with Linda Mntambo shooting wide in the 52nd minute, while Mxolisi Machupu was denied by Mzimela a short while later. On 75 minutes Mzimela was in action again, keeping out an effort from Frederick Nsabiyumva as Cosmos continued to press for an equaliser.

However, it was not to be for Jomo Sono’s side, who will next be in action on February 27 when they host SuperSport United, while Stars are away to Golden Arrows the next day.