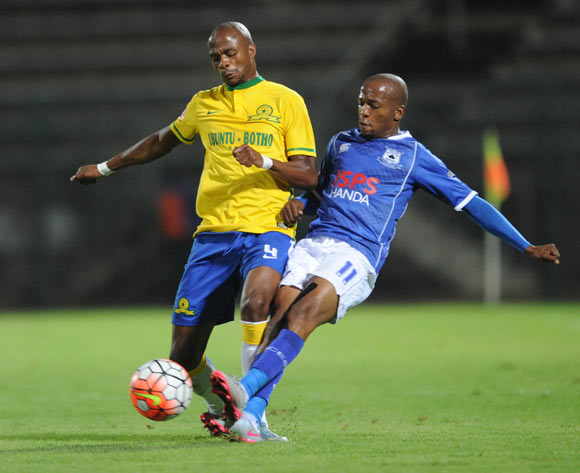 On the other hand, two first half goals by Mzikayise Mashaba and Hlompho Kekana gave the Brazilians the full three points as they maintained their lead at seven points.

Muhsin Ertugral's men remain placed at number four with 36 points, and it was the hosts who first attacked when man of the match Khama Billiat troubled Aces' defence.

Billiat made a great run down the right flank before beating Thabo Nonyane and crossed for the onrushing Mahaba, who finished in the sixth minute.

A few minutes later, an exchange of wonderful passes on the right edge of the box saw Kekana receiving the ball and taking a grass cutter to beat Shu-Aib Walters, making it 2-0 for the hosts.

In the 12th minute, Billiat tried a long range curler from the left but he missed the top corner, and after 15 minutes of action Collins Mbesuma made a great turn in the box but his shot went over the cross bar.

Despite dominance by the Brazilians, AmaZayoni tried to push forward and Mukuka Mulenga's attempt in the 29th minute nearly beat Onyango as it went over.

In their follow-up, Aubrey Modiba forced a good save from the Ugandan keeper when he saw his well driven shot tipped over by the net minder in the 24th minute.

Despite AmaZayoni's attempts to pull one back, it was 1-0 at half time and the Nelspruit-based side came back better and enjoyed possession.

Although they failed to create clear-cut chances, their good opportunity came in the 75th minute when Onyango was forced to produce a double save to deny Ngoma and Khuboni.

Two minutes later, substitute Sibusiso Masina nearly beat Onyango from close range in the box but his shot went over the woodwork.

With six minutes to go, the Brazilians' bench introduced Anthony Laffor and Katlego Mashego for Billiat and Keagan Dolly. Immediately Mashaba nearly made it three when he made a fantastic run only to see his shot denied by the crossbar.

In the dying minutes of the encounter, defender Ashraf Hendricks received a sweet cross from Nonyane and his powerful header sailed over the bar.

However, in injury time, Mpho Matsi pulled one back for the visitors from a header at the far post.