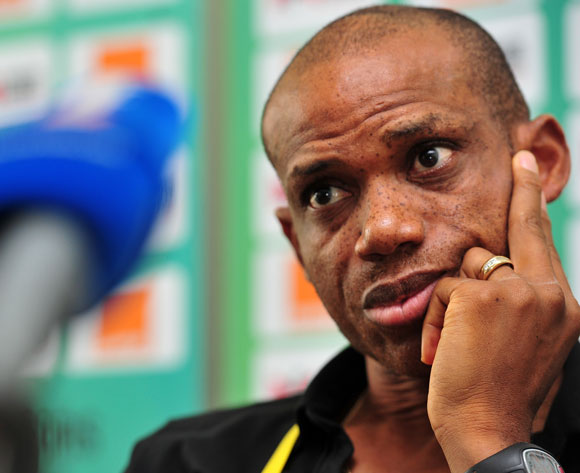 Sunday Oliseh has resigned as Nigeria coach after claiming everything is being done by the Nigeria Football Federation (NFF) to sabotage him ahead of next month’s crucial AFCON qualifiers against Egypt.

Nigeria host seven-time African champions and group leaders Egypt on March 25 in Kaduna before a reverse fixture days later in Egypt with only the group winners guaranteed automatic passage to the final tournament in Gabon in January 2017.

A top official informed AfricanFootball.com: “Oliseh has resigned as Super Eagles coach after he did not enjoy the right support from the Nigeria Football Federation.

“He complained that everything was being done for him to fail against Egypt so he could be made a scape goat.

“His resignation letter was addressed to NFF president Amaju Pinnick and he copied principal officials like the general secretary and the two vice-presidents.

“He also spoke on the phone with the sports minister.”

He is owed four months’ salary and a promised accommodation in the nation’s capital of Abuja has yet to be redeemed.

It was also understood that he was very unhappy over the dismissal of his personal assistant and former international Tijjani Babangida and he was equally not pleased with rumours that the NFF approached former Cote d’Ivoire coach Herve Renard to take over the Super Eagles. Renard has since been appointed coach of Morocco.

Former Nigeria skipper Oliseh was appointed in July 2015 as the country’s coach in place of sacked Stephen Keshi.

However, the relationship between he and the NFF has soured since Nigeria failed to go past the group stage of the recent African Nations Championship in Rwanda.

Amid speculations over his future, Oliseh took to the social media platform YouTube to vent his frustration by attacking his critics who wanted him sacked, but he will later apologise.

Nigerian sports minister Solomon Dalung waded into the crisis when he advised the NFF against sacking the coach.