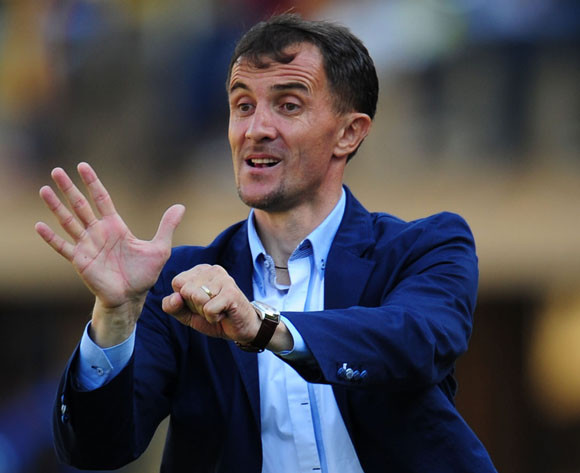 AfricanFootball.com can exclusively reveal today that Uganda coach Sredojevic  Milutin aka Micho is in line to be named Nigeria’s next coach after the temporary coaching combination led by Samson Siasia has completed their mandate.

NFF: We have paid Oliseh all his salaries

The Nigeria Football Federation (NFF) have already opened up discussions with experienced Serbian coach Micho and his representatives since the CHAN in Rwanda.

Top sources informed AfricanFootball.com that technical committee chairman Chris Green  met with Micho in Rwanda over the Eagles top coaching post and everything is now pointing to the former Rwanda and Orlando Pirates of South Africa coach to take over the Eagles after the two-match mandate given Siasia and his assistants.

“Green met with Micho at CHAN and it is like it is already a done deal. The plan was to appoint Shuaibu Amodu for the Egypt matches and after those games, a substantive foreign coach will be named with Micho already in pole position,” a top official told AfricanFootball.com

“But Amodu declined the post because he is hypertensive and so the temporary arrangement of Siasia and co, who have been clearly told they will revert to their previous posts after the matches against Egypt.”

Another source also told AfricanFootball.com: “Micho’s representatives have told me they have established a link with the NFF for quite some time now.”

It will also be recalled that former Nigeria international Tijjani Babangida, who was Sunday Oliseh’s special assistant, has alleged representatives of Herve Renard informed them NFF officials again led by Green attempted to offer Oliseh’s job to the former Zambia and Cote d’Ivoire coach.

Micho is 46 and he has proved his tactical prowess and wealth of knowledge across Africa – from Sudan, Ethiopia, Rwanda to Uganda – and it will be a track record that will come in handy when the 2018 World Cup qualifiers get underway in October.