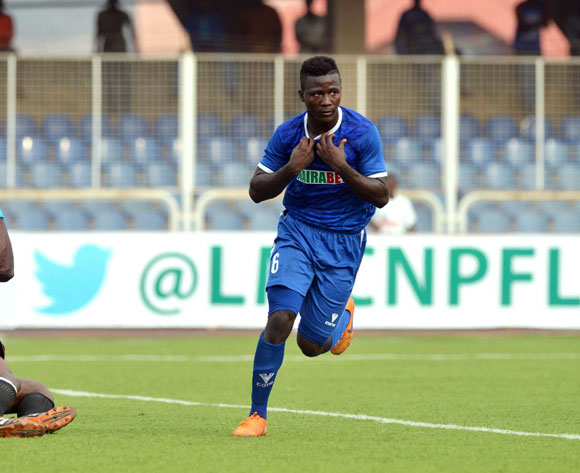 Wasiu Jimoh scored on his debut for IfeanyiUbah

Shooting Stars striker Wasiu Jimoh aka ‘Baba Kwara’ is the AfricanFootball.com player of Week 3 of the Nigeria league following his hat-trick which helped his club beat MFM FC3-0.

He was chosen ahead of Rivers United's Fredrick Obomate, who has scored in all three games this season and helped his team beat Ifeanyi Ubah 2-1 and Warri Wolves goalkeeper Dele Ajiboye, who was fantastic in goal against Plateau United after he pulled off several saves to prevent a massacre in Jos in a game they lost 2-1.

Other contenders were Michael Olaha, who was match winner for Abia Warriors at Heartland, and Gambo Mohammed, who inspired Pillars to a 2-1 win over Wikki, though he didn't score, he gave an assist and dangerous with every move as he was thorn in the flesh of the Wikki defence.

Jimoh scored the first hat-trick of the season and joint top scorer with Fredrick Obomate with three goals apiece.

The ex-Flying Eagles player is strong, fast and packs a bullet shot.

He represented Nigeria at African U20 Championship in 2015.