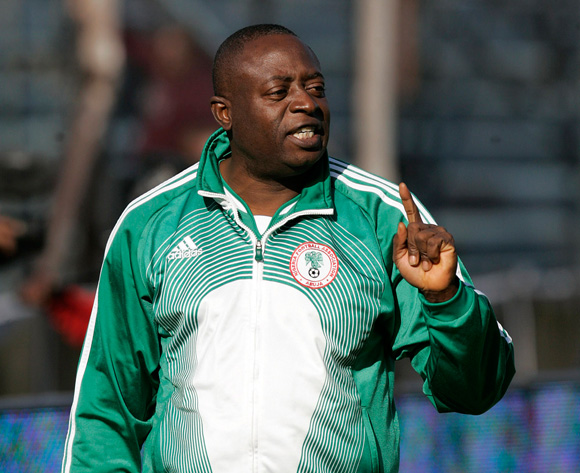 Nigeria Football Federation (NFF) technical director Shuaibu Amodu will meet with coach Samson Siasia and his assistants Salisu Yusuf and Emmanuel Amuneke today in Abuja to work on a list of players to be called up for the crunch AFCON double header against Egypt later this month.

The trio of coaches led by Siasia was appointed in the wake of Sunday Oliseh’s shock resignation.

Nigeria welcome seven-time African champions Egypt to Kaduna on March 25 with a return leg match in Cairo on March 29.

Egypt lead the qualifying group for Gabon 2017 on six points, two points ahead of Nigeria, after two rounds of matches.

It is expected that a training camp for home-based players to be dominated by players who featured at the recent CHAN in Rwanda will open before the foreign-based pros jet in.

Siasia and his assistants are to be supervised by Amodu and their list of players will be vetted by the NFF technical committee on Thursday before it is made public.

Media reports have already suggested that Lille goalkeeper Vincent Enyeama and Emmanuel Emenike, who is loan at Premier League club West Ham, have rejected calls for them to rescind their decisions to quit international football.