Why Rasheed Olabiyi was released by Houston Dynamo 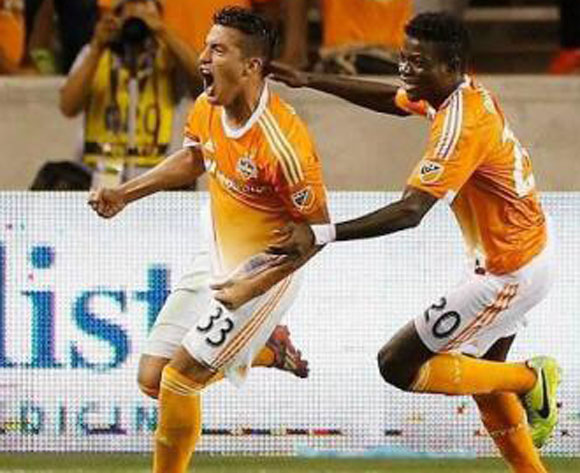 Olabiyi (right) during his time at Houston Dynamo

The inability of Houston Dynamo to secure green cards for two other foreign players on their roster cost Nigeria midfielder Rasheed Olabiyi his place in the team, AfricanFootball.com can exclusively report.

The club tried their best to see that the documents were secured to let them keep former Enyimba and Shooting Stars ace Rasheed Olabiyi, who did well in his first season with the club in 2015, but didn't work out.

"The club were under immense pressure from the league office due to the number of foreigners in the team. When we signed Rasheed (Olabiyi), we were in the process and expecting two of our players to receive green cards in order to have space for him on our roster in 2016, which our attorney anticipated would be no issue,” disclosed a source close to the club.

“For some reason the process has been delayed. At the end of last week the league said that we have to get roster compliant with foreigners right away.

“Unfortunately, Rasheed was the one player on our roster who was effected by these circumstances because his contract was semi-guaranteed. I feel terrible about it because I'm close with him but we had to make this move and waive him. He is currently on MLS waivers and available for free to all MLS teams."