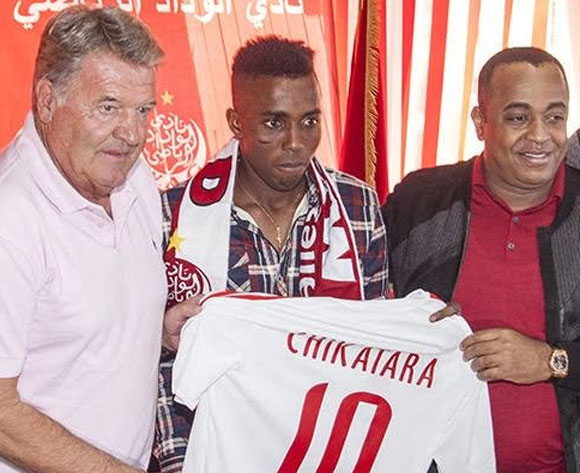 CHAN Eagles forward Chisom Chikatara has expressed his delight after he teamed up with Moroccan giants Wydad Casablanca.

The former Abia Warriors forward was unveiled by the club on Wednesday in presence of the club president Said Nazareth and coach John Toshack.

'Kolanut boy' Chikatara told the press and club’s fans present at the unveiling that he will contribute his quota to help the team achieve results.

Wydad signed the 21-year-old striker after he scored four goals at the recent CHAN in Rwanda.

He played and scored for Abia Warriors on Sunday in a 2-1 win over El Kanemi Warriors in the Nigeria league.