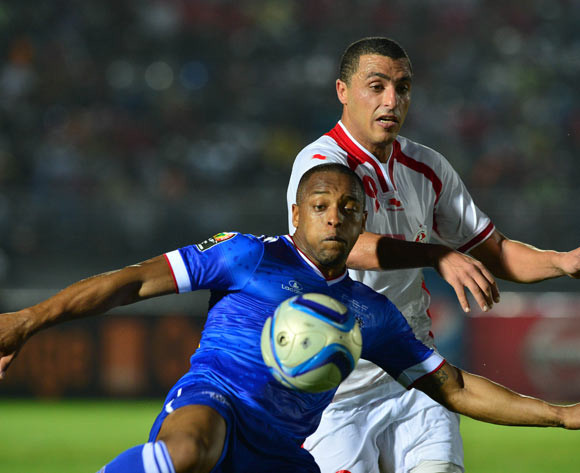 Carlos Tavares Carlitos of Cape Verde clears from Ahmed Akaichi of Tunisia during the 2015 Africa Cup of Nations football match between Tunisia and Cape Verde at the Ebibeyin Stadium, Ebibeyin, Equatorial Guinea on 18 January 2015

Nigeria have moved a spot up in the latest FIFA rankings released today as they are now 62nd in the world, while Cape Verde Islands have now emerged as Africa’s No 1 team ahead of African champions Cote d’Ivoire.

Nigeria were 63rd last month and have moved a spot this month.

Cape Verde are now the 31st best team in the world and also the top team in Africa.

Cote d’Ivoire, who for many months have been Africa’s best rated side in the rankings, dropped to second place on the continent as they are 36th in the world.