Should Nigeria not be worried about misfiring Ighalo? 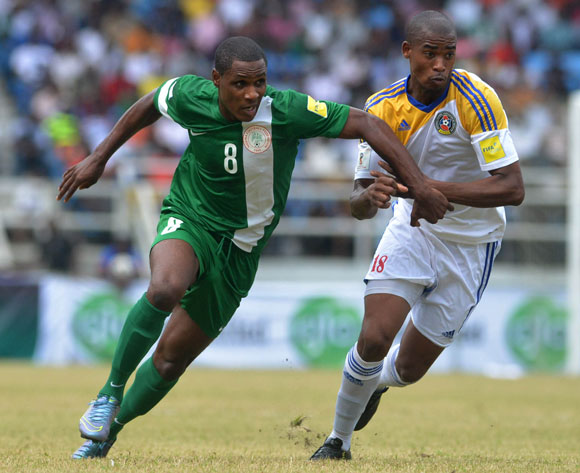 Nigeria fans ought now to be on edge with Odion Ighalo going six games without a goal for his EPL side Watford as this is coming too close to crunch AFCON qualifiers against Egypt later this month.

The last goal Ighalo scored was on January 30 in the FA Cup against Nottingham Forest, while his last goal in the league was in a 2-1 home win over Newcastle United a week earlier.

Former international Jonathan Akpoborie has said the Eagles be built around Ighalo, just as Watford are, for Nigeria to beat Egypt.

And before this drought, Ighalo would most certainly have been the first name on the Eagles team sheet after he fired 14 goals in his debut season in the EPL.

But against Manchester United on Wednesday, the Nigeria striker threw away several chances that he had to be hauled off before full time, and in the end Watford paid the price for these misses when they lost 1-0 at Old Trafford.

Could it be that it was because he was playing against his boyhood heroes or that growing speculations surrounding his future at Vicarage Road have finally got to him?

Good enough Nigeria caretaker coach Samson Siasia is a big admirer of the Watford striker after he recently expressed his willingness to pick him as one of the over-aged players for the Rio Olympics in the summer.

At Watford, Ighalo plays as the top striker with the selfless skipper Troy Deeney supporting him, just as Brown Ideye did for Emmanuel Emenike when Nigeria won a third AFCON title in South Africa three years ago.

The former Nigeria U20 skipper scored his first goal at full international level against Chad in Kaduna last June.

He then doubled his Eagles tally when he finished off a flowing attacking move in a friendly against Cameroon in Belgium last year.

His quality and commitment have never been in doubt, but questions have to be asked about how best to play him for the Eagles to get the results they so desperately need against Egypt both in Kaduna and Alexandria.

Under Oliseh, the Eagles played a more defensive formation of 4-2-3-1 which meant the striker depended a lot on the attacking midfielder and the two wide players from midfield for his supplies.

So, Ighalo worked his socks off in the two 2018 World Cup qualifiers against minnows Swaziland in November with nothing to show for all the endeavour.

Ighalo has flourished working in a 4-4-2 formation with Deeney ready to kill for him. So, who will be the Deeney for Ighalo in the Eagles?

Ahmed Musa and Victor Moses are the closest in the Eagles to a Deeney with Musa the faster of the two and enjoying a better work rate than the more creative West Ham forward.

Ighalo will most certainly need one of them alongside him if he were to deliver against the Pharaohs.

I really do not believe that Ighalo is the answer to Nigeria's striking options. For starters, the Nigerian attack has historically relieved on two key elements: Speed and/or Brute Strength, neither of which Ighalo possesses. For his club, most of his goals have come off the hard work done by his front-line partner, Troy Deeney. In a 4-3-3 type formation (which Nigeria typically plays), he comes off as isolated and becomes pretty much redundant. Not to knock the guy, but I really don't buy into the hype and I see him struggling against the Egyptians, as he will likely be isolated as he has been in recent outings for the Super Eagles.