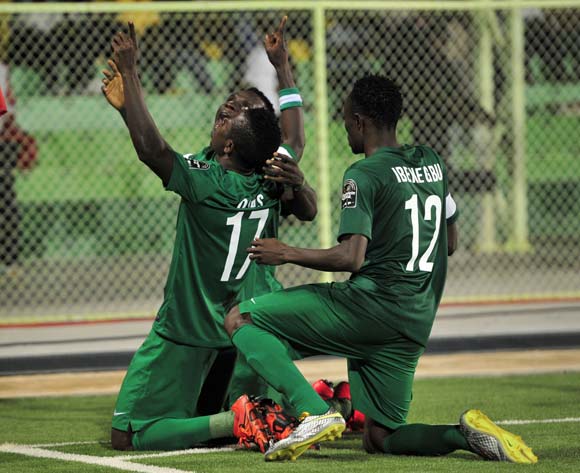 Home-based Eagles celebrate a goal at CHAN 2016 in Rwanda

Nigeria home-based Super Eagles scored two quick goals to defeat the country’s Olympic side 2-0 in a test game played in Abuja on Tuesday.

The Eagles are preparing for an AFCON double-header against Egypt, while the Nigeria U23s are also getting set to battle Rio Olympics hosts Brazil in a friendly on March 24.

FC IfeanyiUbah forward Bright Onyedikachi opened scoring for the Eagles with a dipping shot, before Godwin Obaje doubled the tally.

All the players called up by the Super Eagles for the Egypt matches are now in the training camp.

Those selected from this camp will move to the match venue of Kaduna on March 20 to be joined by the 21 foreign-based pros invited for the qualifiers by caretaker coach Samson Siasia.