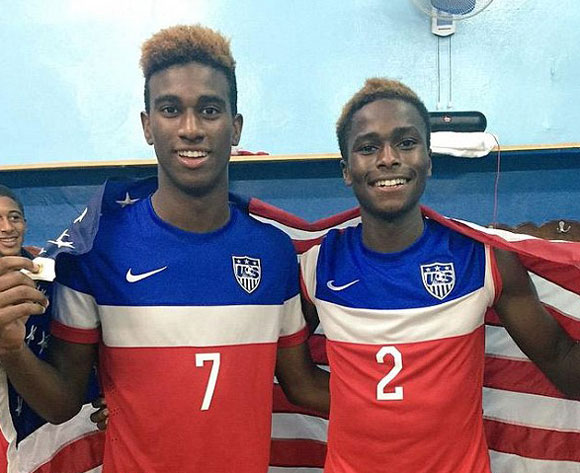 Olosunde (right) on US duty recently

Olosunde signed for United on January 29, but the 18-year-old defender could only play his first official match in England on Friday for the Manchester United U18s against Brighton after his international clearance had come through.

He played the full game, but United lost 2-1.

He featured at last year’s FIFA U17 World Cup in Chile, featuring in the USA’s opening game against his father’s native country Nigeria.