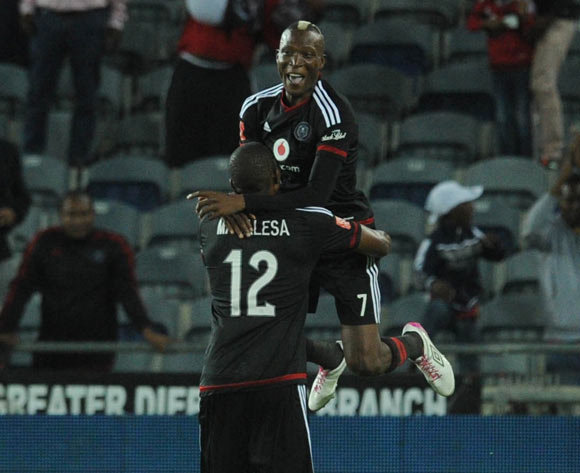 Jomo Cosmos dropped into the relegation play-off spot following a 5-0 defeat to Orlando Pirates in an Absa Premiership clash at Orlando Stadium on Saturday.

It was a night to forget for Ezenkosi and in particular Sherwin Naicker and Cheslyn Jampies, who was sent off after only 13 minutes, days after receiving a maiden Bafana Bafana call-up.

With a game against Kaizer Chiefs to follow on Tuesday, Cosmos are in serious danger as we enter the business end of the 2015/2016 season.

Pirates were in control from the first whistle until the last, with Gcaba opening the scoring on 11 minutes. Man of the match Luvoyo Memela played in the Buccaneers centre-back, who struck past Naicker from an acute angle.

Jampies then saw red for a reckless challenge on Memela. His sending-off opened the floodgates, with Sifiso Myeni gliding into the box, unmarked, to head past Naicker from a Memela free-kick on the half-hour mark.

Mpho Makola made it 3-0 in the 39th minute in true Makola style, curling the ball past a helpless Naicker from the edge of the area.

There was time for one more before the interval, Ndoro building on his stunning brace against the Amakhosi with a tap in following a lung-busting run by Edwin Gyimah down the right flank.

Pirates could've reached double figures had they taken all their chances, but in the end they had to settle for just five, with Motupa scoring the final goal of the match in the 90th minute. The second-half substitute rounded Naicker before sticking the ball in the back of the net.