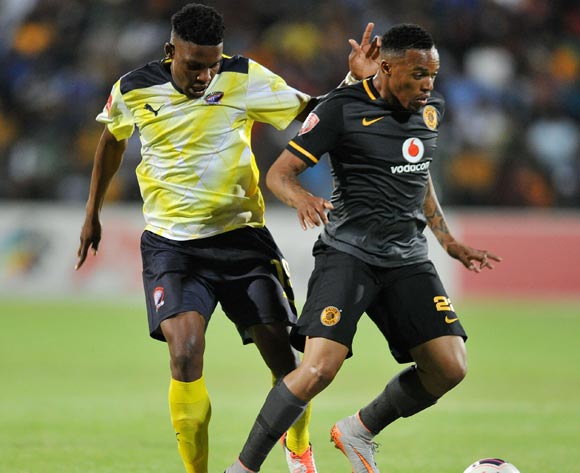 Edward Manqele of Kaizer Chiefs challenged by Thato Lingwati of Jomo Cosmos during the Absa Premiership 2015/16 match between Jomo Cosmos and Kaizer Chiefs at Olen Park, Potchefstoom on the 20 October 2015 ©Muzi Ntombela/BackpagePix

Kaizer Chiefs will look to return to winning ways in the Absa Premiership when they host Jomo Cosmos at FNB Stadium on 15 March 2016, kick-off at 19h30.

Chiefs suffered their first away defeat of the season when they went down 2-0 at Platinum Stars on March 9.

The Soweto giants have claimed 21 points from 11 home matches this season.

The Amakhosi are placed fourth on the Absa Premiership log with 39 points from 22 matches.

Cosmos suffered a third successive defeat in the league when they were beaten 5-0 at Orlando Pirates on March 12.

The Potchefstroom-based side has claimed two points from 11 away matches this season.

Ezenkosi are placed 15th on the Absa Premiership log with 17 points from 22 matches.

In head-to-head stats, Cosmos and Chiefs have met in 50 league matches since 1985.

The Amakhosi have 20 wins compared to seven for Ezenkosi, while no less than 23 matches have been drawn.

Chiefs have won nine of their 24 home league matches against Cosmos, suffering two defeats in the process.

When the teams met earlier this season they played to a goalless draw in Potchefstroom.