Barrow 'proud' to be first Gambian to score in the EPL 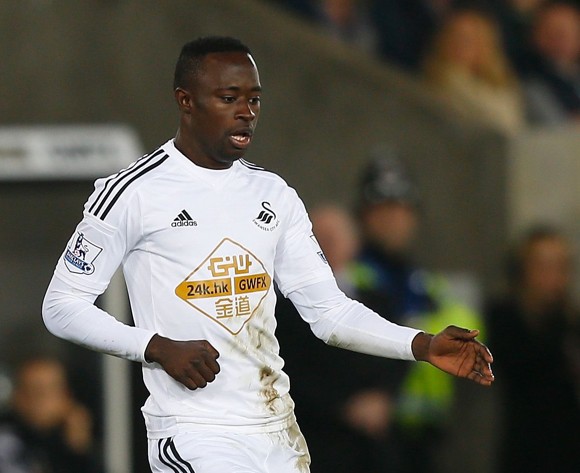 Gambia and Swansea City winger Modou Barrow is proud to be the first Gambian to score in the Barclays Premier League.

The winger's goal in a 3-2 defeat at Bournemouth this past weekend ensured his country became the 95th different nation to be represented on the list of Premier League goal scorers.

"It is a very proud moment for me," the Banjul-born attacker told swanseacity.net in the aftermath. "To become the first Gambian to score in this league makes me very happy."

Barrow, 23, also subsequently became the 15th different nationality to score for the Swans in the Premier League.

Having patiently waited for his chance in the limelight, Barrow has taken his chance with both hands, and has made a total of 18 league appearances for the Welsh club this season.