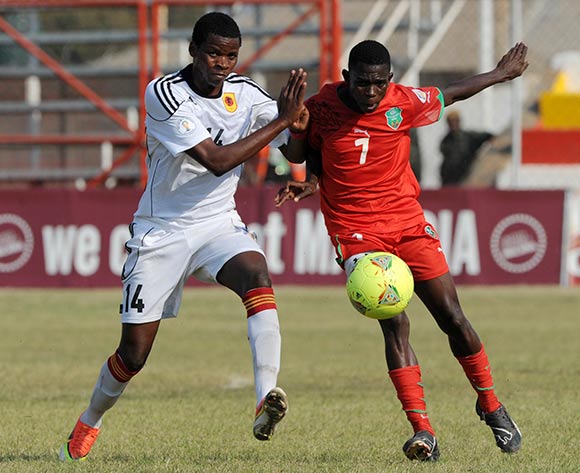 Micium Mhone of Malawi battles with Moises Miguel Jose of Angola during the Cosafa Cup Plate Section match between Malawi and Angola on the 16 July 2013 at Arthur Davies Stadium, Zambia

Malawi and Jomo Cosmos winger Micium Mhone is confident that the Flames will beat Guinea in the 2017 CAF Africa Cup of Nations Qualifier next weekend.

Mhone was in action for Ezenkosi in their 1-0 win over Kaizer Chiefs on Tuesday in the South African Absa Premiership and has since arrived in Malawi to honour the call-up.

According to the Nyasa Times, Mhone has expressed confidence in his teammates saying they can qualify for Gabon next year.

“The Guinea matches will give us a clear picture to our qualification chances but we are determined to get all six points and then finish the games,” said Mhone.

“It is good to be back home but it's important to train with the rest of the squad because at my team, we're on the break until April 13.”

After creating an assist in Mxolisi Macuphu's goal, the attacker also touched on Ezenkosi's future in the Premier Soccer League.

“We will survive relegation, we have more games at home and we will do well,” concludes Mhone.

The Syli Nationale will host The Flames on Friday, March 25 at home before the return clash in Blantyre four days later.

Swaziland and Zimbabwe are leading Group L whilst Malawi are sitting at number three with no win yet. Guinea occupy the fourth spot on the log.