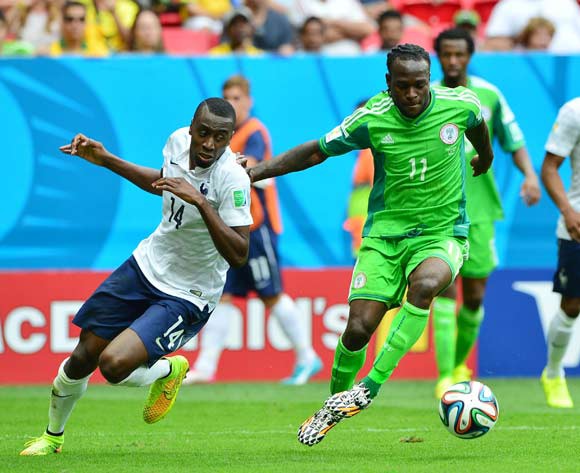 Victor Moses (right) against France at 2014 World Cup in Brazil

Chelsea loanee Victor Moses and 15 other players have reported to the Super Eagles training camp in readiness for Friday’s AFCON showdown against Egypt in Kaduna.

Moses, who is on loan to West Ham, last featured for Nigeria at the 2014 World Cup in Brazil.

His arrival is a huge boost for Nigeria as injuries have often limited his appearances for the Super Eagles.

More players are expected before they leave before lunch for match venue Kaduna.

The squad will train Tuesday morning in Abuja before they train again later in the day in Kaduna.