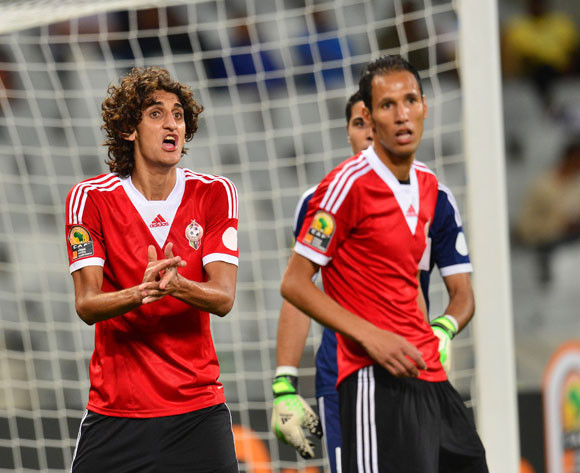 São Tomé and Príncipe will be out to stun Libya when they host them in the 2017 Africa Cup of Nations (AFCON) qualifier at the Estádio Nacional 12 de Julho in São Tomé on Wednesday.

The Falcons and True Parrots Team suffered a 3-0 defeat in their last competitive match against Ethiopia in October 2015.

However, São Tomé and Príncipe, who are captained by Greece-based defender Jordão Diogo, had beaten Ethiopia 1-0 in the 2018 World Cup qualification (CAF) first round first-leg clash at home.

António do Rosário’s side will be hoping for the same result when they host the 2014 African Nations Championship (CHAN) champions Libya on Wednesday.

São Tomé and Príncipe have tasted defeat in both of their first two 2017 AFCON qualification Group F matches and they also are rooted at the bottom of the group.

Coach Rosario needs to work on his side’s defence which has conceded ten goals in two Group F matches if they are to stand any chance of qualifying for their maiden AFCON finals.

Meanwhile, Libya will be targeting their first Group F victory when they lock horns with São Tomé and Príncipe on Wednesday.

The Mediterranean Knights were beaten 2-0 by Egypt in an international friendly away in January 2016.

Prior to that Javier Clemente’s side had overcame Rwanda 3-2 on aggregate in the 2018 World Cup qualification (CAF) first round.

One of Libya’s key players is Faisal Al Badri - the 25-year-old midfielder was a key figure in Libya's 2014 CHAN winning campaign.

The North African side are placed third on Group F standings, while top placed sides Morocco and Cape Verde have six points.

Referee Aboubacar Bangoura from Guinea will be in charge of the clash between São Tomé and Príncipe and Libya on Wednesday.

The return leg is scheduled to played next week Monday.