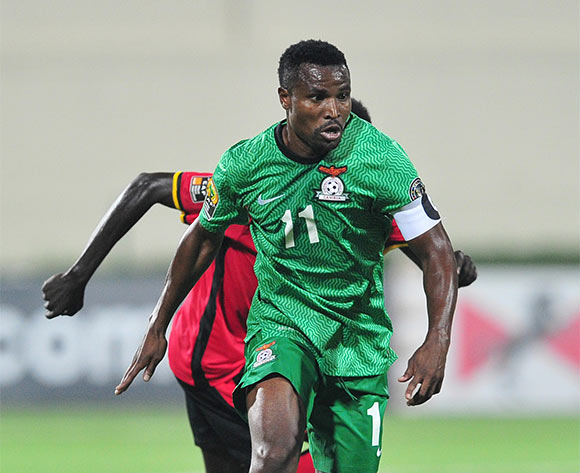 Christopher Katongo of Zambia during the 2016 CHAN Rwanda game between Uganda and Zambia at the Rubavu Stadium, Rubavu on 23 January 2016 ©Ryan Wilkisky/BackpagePix

Zambia head coach George Lwandamina has highlighted the importance of securing all three points on home soil, ahead of the country's Group E 2017 Africa Cup of Nations qualifier against Congo, on Wednesday.

The two teams are equal on four points apiece following two rounds of fixtures, with both teams securing wins in their last game.

Férébory Doré scored all four goals in the win last year, but Diables Rouges will again be without the lanky forward, who underwent surgery after suffering a broken shin at training with his club Angers late last year.

Despite this, Congo still pose a massive threat and Lwandamina will be desperate for his side to win at home, heading into the away clash in Brazzaville later this week.

"Our objective is to go on top of the log," Lwandamina said."I'm sure we have capable players who can get us goals because what is important is goals. I know it wont be easy, but we have to win at all costs

"A win is a win - to gain winning by a margin will also give us impetus to take to the next game - at this point in time what is important is a win."

Zambia pair Winston Kalengo and Kennedy Mweene will only arrive in the country on Tuesday evening having been stuck in Congo due to presidential elections this past weekend - the duo were on club duty for AC Leopards and Mamelodi Sundowns respectively.

Kick-off at the Levy Mwanawasa Stadium in Ndola is scheduled for 18h00 CAT. CLICK HERE TO VISIT AFRICAN FOOTBALL ZAMBIA