Competitive spirit in Ghana camp ahead of Mozambique clash 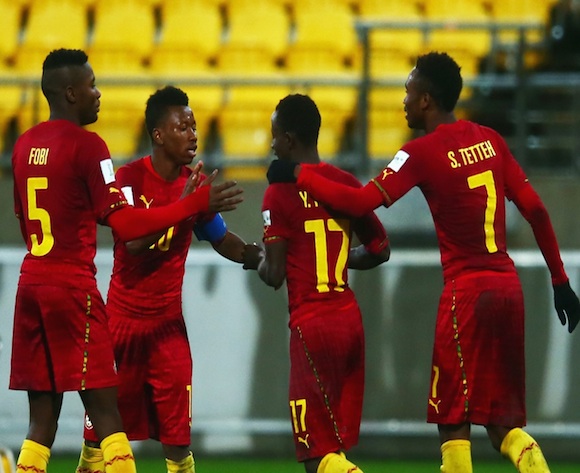 Ghana's star player Andre Ayew is out injured, but this has created healthy competition in the Black Stars camp ahead of their 2017 Africa Nations Cup Qualifier against Mozambique on Thursday in Accra.

The Black Stars can secure early qualification to the finals in Gabon next year with wins over the Mambas over both legs to be held between now and next Tuesday.

Swansea City attacker Ayew has been ruled out of double qualifier with an ankle injury, but this has seen several other players in the squad jump at the opportunity to take his place.

Providing extra excitement around this fixture, is the fact that Ghana's experienced striker Asamoah Gyan is close to his 50th goal for his country and with 48 goals in 95 appearances, Ghana's all-time leading goal scorer could hit the mark over the two legs.

Meanwhile opponents Mozambique will will look to Levante midfielder Simao Mate, who has played 25 Spanish LaLiga matches and scored one goal this season.

Other players to watch out for in the Mambas squad include Benfica youth team midfielder Reinildo Isnard Mandava and China-based defender Zainadine Abdula Chavango.

Also, the South African-based duo of Elias 'Domingues' Pelembe (Bidvest Wits) and Helder Pelembe (Bloemfontein Celtic) will also be exoected to add spark and a cteative edge to the visitors.

Mozambique have lost their two qualifying matches so far in Group H, losing to Rwanda and Mauritius, and are bottom of the group. Ghana meanwhile are top with wins over Mauritius and Rwanda.

This will be the fourth meeting between Ghana and Mozambique at senior level, with the Mambas yet to win a match.