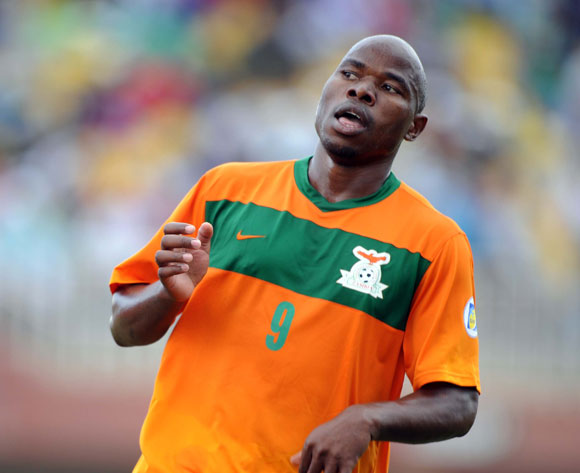 Welcome to our coverage of the 2017 Africa Cup of Nations qualifiers for Wednesday, 23 March.

20h00 - This concludes our coverage for Wednesday 23 March. Please join us tomorrow for further coverage of the 2017 Africa Cup of Nations qualifiers.

19h55 - Full time in Ndola, where Zambia and Congo have played to a 1-1 draw. That leaves them level on five points apiece on top of Group E. Congo hold top spot thanks to a superior goal difference.

19h51 - Full time in Guinea-Bissau, where the hosts have beaten Kenya 1-0! They move to four points in Group E, pushing Kenya to the bottom of the standings on one point.

19h40 - Jordan Massengo has scored to make it Zambia 1-1 Congo! In the other Group E game, Guinea-Bissau still lead Kenya 1-0. There's roughly 10 minutes of regulation time left in each match.

19h25 - And Zambia have a 1-0 lead over Congo! Winston Kalengo has put Chipolopolo 1-0 up in Ndola! Also confirmation of full time in Sao Tome, where the hosts have beaten Libya 2-1 to register their first points of Group F.

19h20 - Sao Tome & Principe have scored twice against Libya to claim a 2-1 lead! An own goal from Ahmed Al Trbi in the 84th minute and a strike from Lacet Dos Santos four minutes later sees the minnows in the ascendancy!

19h05 - Back underway in the second half in both Group E matches, while the Group F clash still sees Libya leading 1-0 in Sao Tome with about 15 minutes of regulation time left to play.

18h45 - Full time in N'Djamena, where Tanzania have beaten Chad 1-0. The Taifa Stars join Nigeria on four points in Group G, but remain in third place thanks to an inferior goal difference to the Super Eagles (who they drew 0-0 with back in September)

18h40 - Back underway in the second half between Sao Tome & Prince and Libya.

18h20 - Guinea-Bissau have the lead in their Group E clash with Kenya! Idrissa Camara  scored the goal for the hosts. It's also half time in Sao Tome, where Libya hold a 1-0 advantage over their hosts.

18h05 - We are underway in our final two matches of the day in Bissau and Ndola.

18h00 - Libya have a lead in Sao Tome, with Faical Al Badri putting the North Africans in control of their Group F clash.

17h50 - We're 10 minutes away from kick-off in the final two matches of today, with Guinea-Bissau hosting Kenya and Congo away to Zambia - both are Group E clashes.

17h30 - Full time in Group C, Benin have beaten South Sudan 2-1 away to move to the top of the table on five points. Mali will look to reclaim top spot when they host Equatorial Guinea in Bamako on Friday.

17h20 - South Sudan have pulled a goal back! It's now just 2-1 to Benin, but there's hardly any time left for the hosts to find a second and claim a share of the spoils.

17h05 - Benin has taken a 2-0 lead away to South Sudan! That will surely kill off the game for the Squirrels, who will leapfrog to the top of Group C. The goal scorer was second-half substitute Steve Mounie, who replaced Frederic Gounongbe.

17h00 - Approximately 20 minutes to play between South Sudan and Benin.

16h45 - Underway in the second half of the match between South Sudan and Benin, while Chad v Tanzania in N'Djamena has also kicked off.

16h35 - Confirmation that Benin's goal scorer was none other than Frederic Gounongbe. His goal sees the Squirrels on course for their first win in Group C of the 2017 AFCON qualifying campaign.

16h25 - Half time in the Group C clash between South Sudan and Benin. The latter lead 1-0 and will move to the top of the standings if they can claim all three points.

16h10 - We're well past the half hour mark in the Group C clash between South Sudan and Benin, with the latter still leading 1-0.

15h50 - News that Benin have claimed the lead away to South Sudan, with the West Africans opening the scoring in the 14th minute. We await confirmation of the goal scorer for the Squirrels.